Shipping difficulties: the shortage of containers is serious and will continue until September 2021

The space is booked, but there are no containers.

This is probably a problem encountered by many foreign traders recently. How serious is it?

• Spent thousands of yuan to order empty boxes, but still have to wait for the scheduled date;

Why is there such a shortage of containers? Congestion on the one hand, shortage on the other

Since the epidemic, a series of factors have affected prices, and prices have changed the relationship between supply and demand, breaking the relatively stable process in the past.

Including the cancellation of trans-Pacific trade voyages by container shipping companies before, and the surge in cargo imports from Asia to Europe in July and August due to the alleviation of the blockade, the time difference between domestic and international epidemics and the time difference between production and demand have caused containers in Asian ports. Availability has dropped sharply, while some American and European ports are suffering from increased stay time and port congestion. In addition, there is a shortage of containers and spaces in shipping, and the phenomenon of container dumping has not only affected the shipment plan, but also affected the delay of the next ship. Open, which leads to a constant loop.

Under the influence of various factors, the number of mobile containers is decreasing, which is catching up with the peak season for export, and the supply exceeds demand. Finally, there is a phenomenon of container congestion, inaccessibility of some areas, and shortage of containers:

On the one hand, there are congestion of containers in many foreign regions, lack of dockers, and high waiting fees/congestion fees and surcharges: 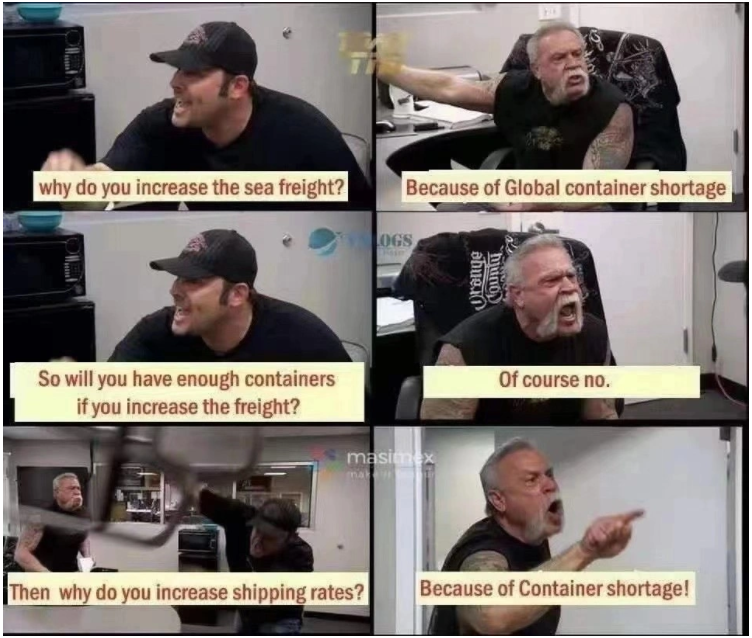 According to a report by the Mediterranean Shipping Company (MSC), the berthing time of ships at the Auckland port will be delayed by 10-13 days, and the situation has become very bad due to the lack of dock workers, so a congestion surcharge will be charged.

From October 1st, Felixstowe, for all Asian containers imported or exported, CMA CGM will charge a port congestion fee of US$150 per TEU.

From November 15th, Hapag-Lloyd will charge a surcharge of US$175 per box for 40-foot tall containers, which is applicable to the route markets from China (including Macau and Hong Kong) to Northern Europe and the Mediterranean.

Starting from the date of the bill of lading on November 9, 2020, MSC will impose a congestion surcharge of US$300/TEU on all export goods shipped from Europe, Turkey and Israel to the Port of Auckland in New Zealand.

In addition, starting from the same day, for all goods shipped from inland China/Hong Kong/Taiwan, South Korea, Japan and Southeast Asia to the Port of Oakland, the peak season surcharge (PSS) will be charged 300 USD/TEU.

On the one hand, due to the impact of the epidemic, many containers are unable to enter and exit in the regulation of transportation:

Hapag Lloyd will now retrieve the empty containers from the Chinese warehouse only before the voyage arrives, all of which will have to wait 8 days.

On the one hand, the domestic production has basically been resumed, and a large number of freight and other ships have been waiting for containers, and ocean freight and loss of cabin fees have increased.

Since June, the U.S. route has been advancing by leaps and bounds. At the same time, almost all routes such as the African route, the Mediterranean route, the South American route, the India-Pakistan route, and the Nordic route have increased, and the sea freight has gone straight to several thousand dollars. From November 6, 2020, the price of exports from Shenzhen to all ports in Southeast Asia will increase! +USD500/1000/1000

• From the container availability index, the availability of Qingdao Port in China was mentioned, which dropped from 0.7 in week 36 to 0.3 now;

• On the other hand, containers are piled up at the port of destination. The availability of 40-foot containers at the Port of Los Angeles on September 11 was 0.57, compared to 0.11 at week 35.

I would like to remind you that the shortage of boxes is not expected to disappear in the short term. Everyone arranges shipments reasonably and arranges bookings in advance!